People have fun in "Pare de sufrir" (stop sufering) the first Mezcaleria or mezcal bar in Guadalajara, the second largest city of Mexico.
Mezcal, which is distilled from the same type of plant as tequila, is becoming very popular among young Mexicans with trendy mezcal bars opening up in Mexico City, Guadalajara and even the United States and Europe. There is no mass production of the strong liquor -- yet -- and devotees of traditional mezcal are battling to preserve the old ways of making the firey drink so it doesn't follow the same path as tequila, which is now mass produced in modern distilleries. The story would feature interviews with the owners of a mezcal bar that offers mezcal degustation and lecturers about the origins of the drink, plus the people who make it, sell and drink it. 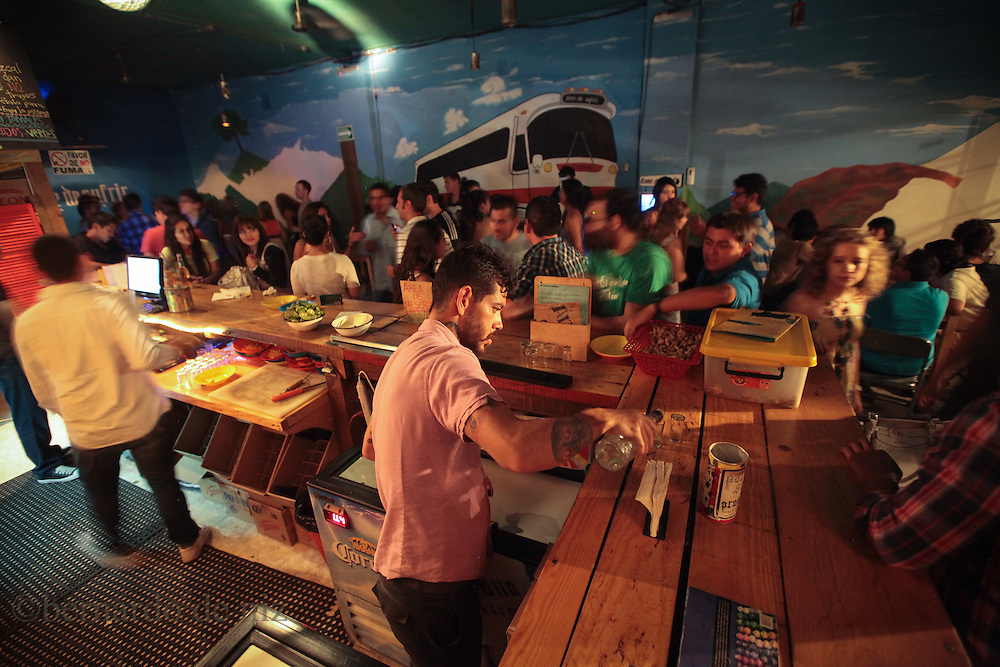