A boy jumps to the ganges' river in Varanasi, also known as Benares, is a city on the banks of the Ganges (Ganga) in Uttar Pradesh, 320 kilometres (200 mi) southeast of the state capital, Lucknow. It is the holiest of the seven sacred cities in Hinduism and Jainism, and played an important role in the development of Buddhism. Some Hindus believe that death at Varanasi brings salvation.It is one of the oldest continuously inhabited cities in the world and the oldest in India.
The ganges river rising in the Himalayas and emptying into the Bay of Bengal, it drains a quarter of the territory of India, while its basin supports hundreds of millions of people. 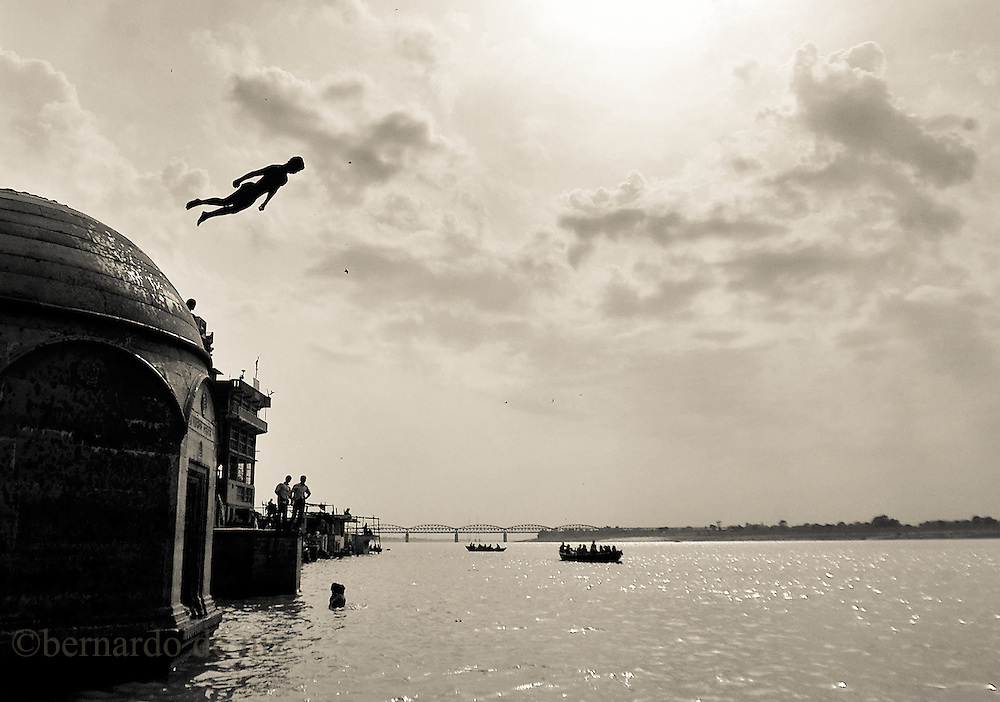